Slide: Einstein’s Will and Testament 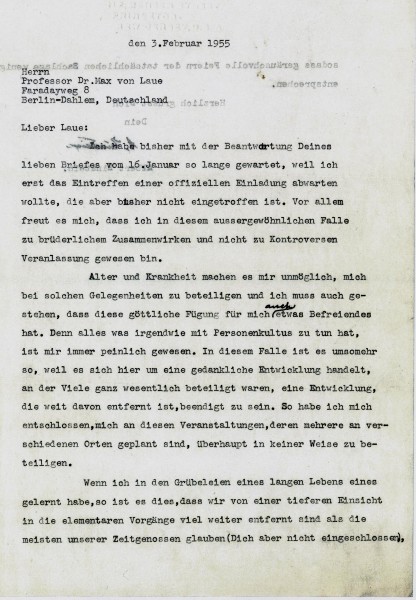 Letter to the Physikalische Gesellschaft (Max von Laue), Februar 3, 1955
A few months before his death, Einstein writes to Germany in a surprisingly conciliatory tone. He dismisses the hype about his own person with ironic detachment. Of all German physicists, Max von Laue enjoys Einstein’s greatest respect. Laue had maintained his distance from National Socialism and occasionally even criticized his colleagues’ cowardice.
[ Sitemap ] [ info ] This website was created with Virtual Spaces.