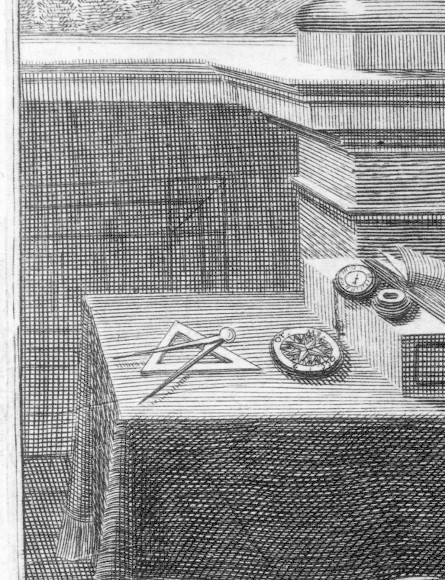 Today, René Descartes (1596–1650) is best known for his contributions in the field of philosophy. Descartes believes that it is possible to arrive through the method of doubt at certain knowledge, so to the certainty of one’s own existence, expressed in the phrase I think therefore I am.

In the course of the revival of classical atomism, Descartes undertakes the attempt to construct a world view that traces the motions of celestial bodies back to mechanical motions and impacts of minute particles. He conceives of the universe as filled with particles that form vortices upon which particularly stable aggregations of particles, the planets, are carried around the Sun. All other physical phenomena, such as light, he explains by the motion and impacts of these particles and, in this way, constructs a mechanical worldview, which particularly through its clarity exerts an enormous influence on the development of physics.