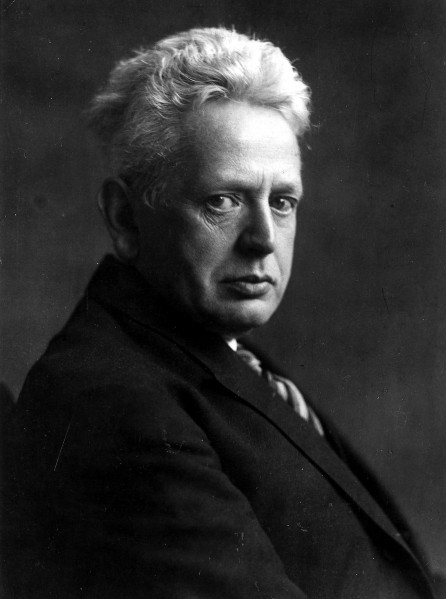 According to Ernst Cassirer, a person can only understand the world as a construction of interrelated perceptions. Every moment of perception, starting with simple perception of things occurs through symbols. The human is an animal symbolicum. In his The Philosophy of Symbolic Forms, Cassirer develops a systematic approach in which he attempts to comprehend symbolic forms in the construction of what we perceive as the world – for example in religion, art and science. The neo-Kantian looked intensively into the subject of relativity theory, in which he finally found a confirmation of his ideas fully formulated in mathematics – that the perception of things based on representative functions eventually develops into a relational perception of things based on expressive functions. Cassirer and Einstein hold each other in high esteem. Cassirer, for whom freedom is a fundamental condition for culture and who treasures the democratic constitution, emigrates after the Nazi rise to power.
[ Sitemap ] [ info ] This website was created with Virtual Spaces.