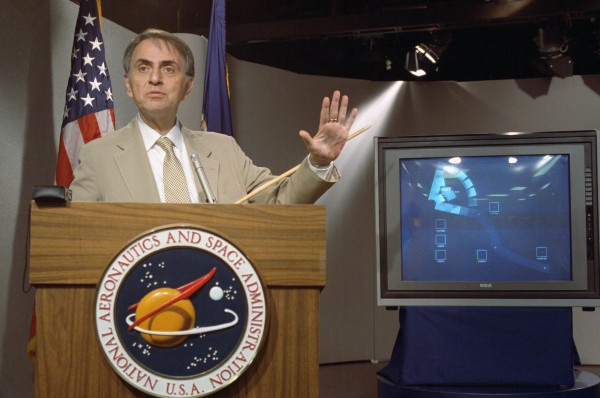 Carl Sagan studies physics, astrophysics, and astronomy in Chicago. From 1968 as a professor at Harvard University and from 1971 at Cornell University he researches astronomy and exobiology — the search for extraterrestrial life. In 1978 he is awarded the Pulitzer Prize. With more than 200 articles and over twenty books, he has contributed toward popularizing science and making it comprehensible.

His television show Our Cosmos has over 500 million viewers in over 60 countries. While writing the science fiction novel Contact, Sagan needs a scientifically sound way to transport his heroine quickly to a remote part of the universe, and asks his friend, the astrophysicist Kip Thorne, for advice. This inspires Thorne to explore theories about the existence of wormholes – tunnels in spacetime that could connect distant points of the universe.