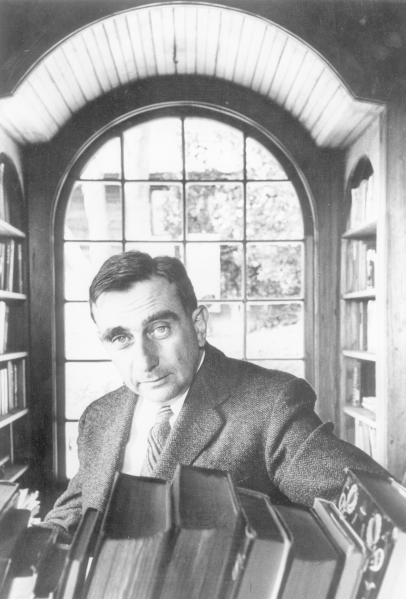 The Hungarian-born Edward Teller (1908-2003) receives his doctorate in 1930 under Werner Heisenberg. In 1935 he emigrates to the United States, where he teaches at George Washington University and Columbia University. During the war he heads a section of the Manhattan Project and subsequently works on the development of the hydrogen bomb. In contrast to Oppenheimer, who is skeptical of this new weapon, Teller’s deep-seated anti-Soviet views lead him to become one of its most staunch supporters.