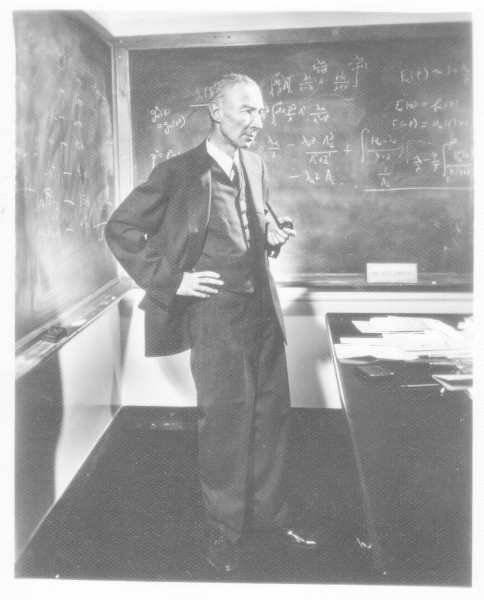 J. Robert Oppenheimer (1904-1967) receives his doctorate in 1927 under Max Born. Beginning in 1929 he teaches at the University of California in Berkeley and at the California Institute of Technology. In 1942 he is appointed scientific director of the Manhattan Project in Los Alamos. Later he becomes director of the Institute for Advanced Study in Princeton and an influential figure at the Atomic Energy Commission. However, in 1954 his security clearance is revoked after a public hearing on his political convictions, and he retires from public life.