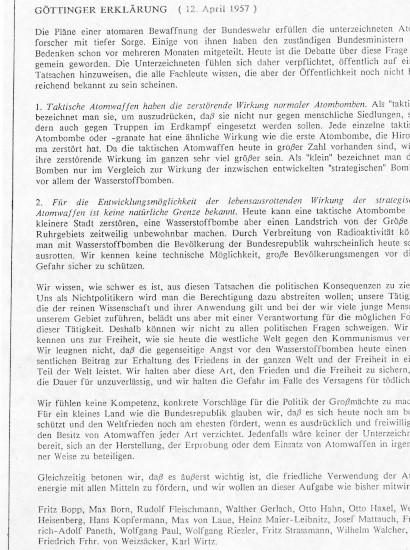 The plans of the German Army of acquiring atomic weapons has caused deep concern to the undersigned nuclear physicists. Some of them have already communicated their concern to the appropriate members of the government. Today, the debate has become public, and the undersigned feel compelled to point out publicity certain facts known to the experts, but seemingly not sufficiently known to the public.