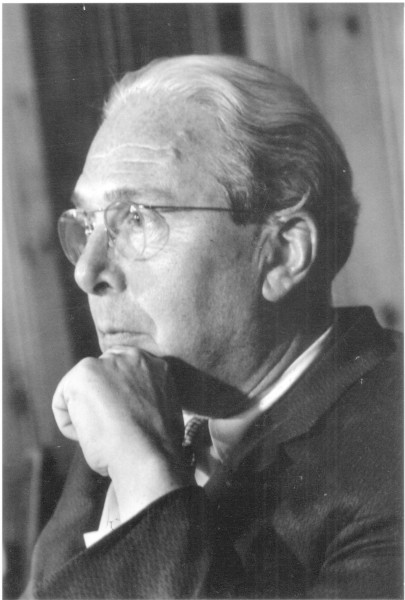 Leo Szilard, son of a Hungarian-Jewish civil engineer, initially studies electrotechnics in Budapest. He then studies physics in Berlin, where he gains his doctorate in 1922 supervised by von Laue.

From 1922 to 1924 he works at the Kaiser Wilhelm Institute for Fiber Chemistry, from 1924 on at the institute for theoretical physics of the University of Berlin. In 1933 he is forced to emigrate, first to England, then to the United States in 1938. He receives a position at Columbia University in 1940.

He works in Chicago together with Enrico Fermi on the realization of the first atomic reactor. After the war he receives a professorship for biophysics in Chicago. Szilard’s technical interests lead to numerous patents, including one with Einstein in 1927 for a refrigerator and one for the idea of nuclear chain reactions in 1934 – before the discovery of atomic fission. When he learns of this discovery in 1939 the physical and political consequences are immediately clear to him. Using his acquaintance with Einstein, he instigates the famous letter to President Roosevelt.