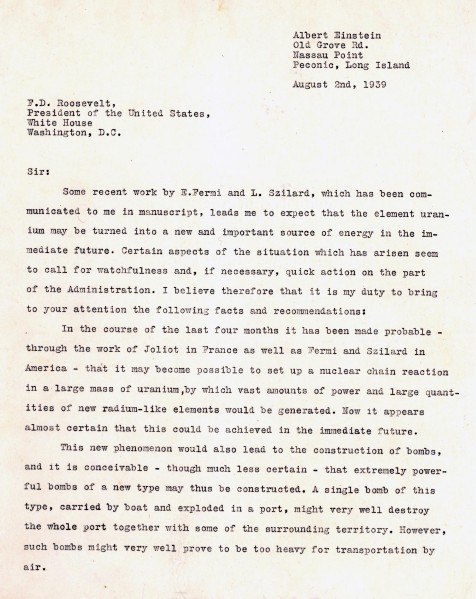 Letter to the American president of 2 August 1939, reproduction
Nuclear fission is discovered in Berlin in 1938, and less than one year later the signs indicate that a possible military use for the discovery is in the offing. Instigated by Leo Szilard, Einstein writes a letter to the American president, warning about the Germans’ plans and advocating that the Americans perform more intensive research in the same direction. Faced with the threat of National Socialism, Einstein is thus willing to depart from his fundamentally pacifist stance.
[ Sitemap ] [ info ] This website was created with Virtual Spaces.