Einstein should become president of Israel 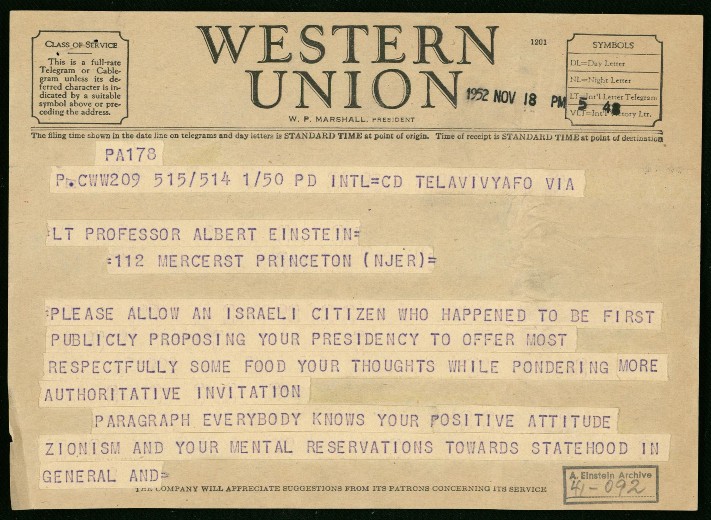 Telegram from Azriel Carlebach, 18. November 1952.
Carlebach is the editor of the Israeli newspaper Ma’ariv. After the death of Chaim Weizmann, he publicly advocates Einstein’s presidency. Einstein, however, rejects the suggestion in conversation with the Israeli ambassador in Washington. He does not feel up to the position, but is very moved by the offer.
[ Sitemap ] [ info ] This website was created with Virtual Spaces.