Einstein Turns Down the Offer to Become President of Israel 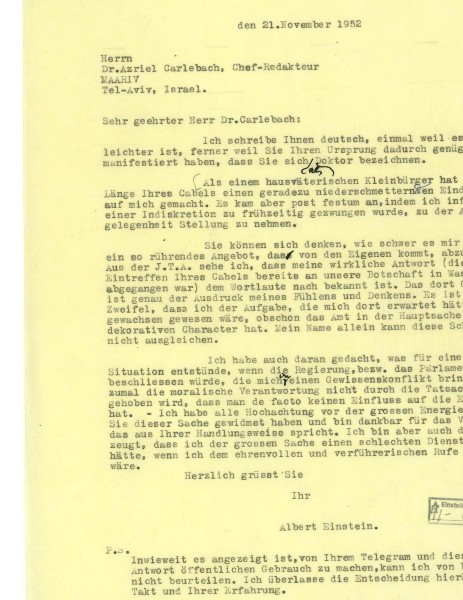 Letter to Azriel Carlebach of 21 November 1952

In addition to the pragmatic reasons Einstein lists for his rejection, political reservations also show through this letter.

Einstein is concerned about the fact that the founding of the State of Israel was accompanied by violence. He probably also fears the unresolved conflicts with Arab countries.

No one in the Israeli political leadership believes that Einstein would accept, but the offer is commensurate with the desire of many Jews all over the world.