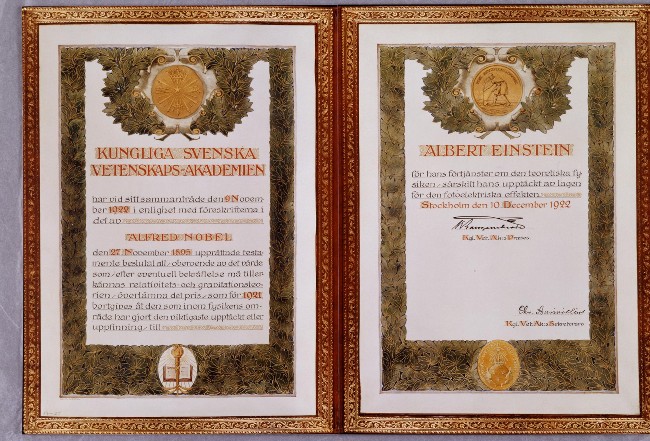 On 9 November 1922 it is announced that Einstein will receive the Nobel Prize. The only surprise about the award is the reason given: After years of discussion, Einstein is not honored for the renowned Theory of Relativity, which is not sufficiently affirmed in the eyes of the Nobel Committee. Instead the committee distinguishes his discovery of the law of the photoelectric effect, which has since been confirmed empirically by Robert Millikan.