Slide: Deflection of Cathode Rays in a Magnetic Field 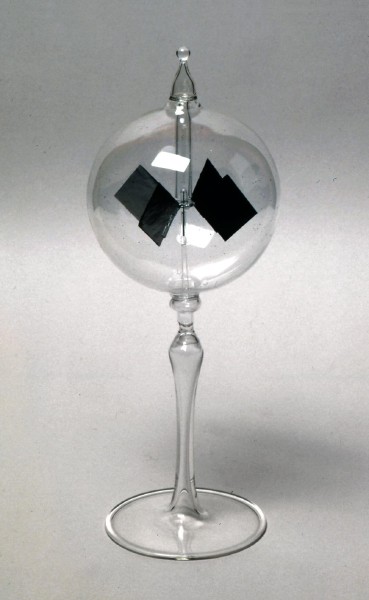 In 1875, William Crookes constructs a rotor whose vanes are set in motion by light. He calls his light mill a radiometer and initially explains the effect as a consequence of the ether waves of light, but soon recognizes that gas in the bulb plays a role as well. Even in Einstein’s time, this role still has not been explained completely.