Sequence: our own BH

Slide: Movement of Stars in the Milky Way Centre

Slide: Kepler Ellipses around Sagittarius A*

Slide: S2, a Star in Narrow Orbit Around the Black Hole

Slide: S2 in its Orbit

Slide: Flares From Sagittarius A*

Slide: The Speckle Camera SHARP I

Slide: Optical System of SHARP I

Slide: Where is XMM-Newton now?

Slide: Geminga as a Magnet

Slide: J. A. Wheeler: The Inventor of the Name "Black Hole"

J. A. Wheeler: The Inventor of the Name "Black Hole" 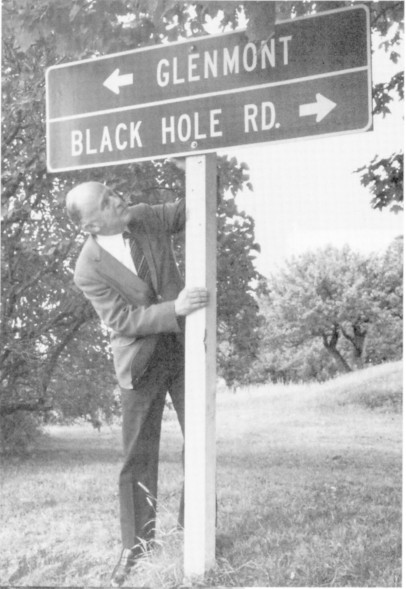 John Archibald Wheeler (*1911) is one of the leading theoretical physicists of the 20th century. He first gains wider recognition through his key work published jointly with Bohr in 1939 on the theory of nuclear fission. He then joins the Manhattan Project and later works on the development of the hydrogen bomb.

One of his notable achievements is to regenerate interest in the general theory of relativity in the USA during the 60s, after it had been overshadowed by atomic, nuclear and particle physics. He introduces new physical and mathematical concepts to general relativity research and creates the apt name geometrodynamics for the theory. Together with his students Wheeler pursues the methodological key concept: the essence of a theory is only revealed by taking a theory to all of its extremes. His name is associated with concepts of the modern general theory of relativity, such as black hole, worm hole or quantum foam. His most important work is carried out at Princeton University and from 1977 on at the University of Texas.