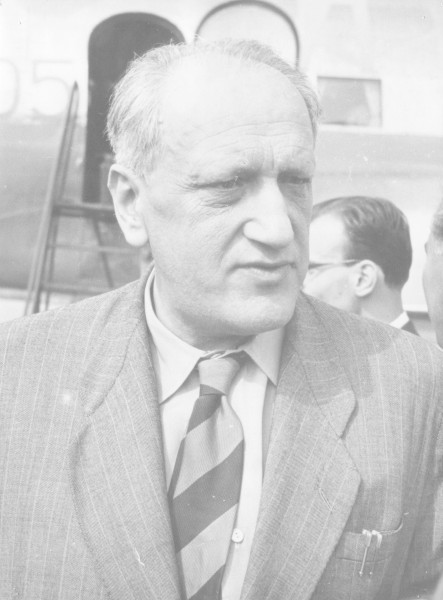 Son of a Polish-Jewish leather goods factory owner, Leopold Infeld studies in his hometown of Krakow. In 1920 he continues his education in Berlin and consults with Einstein about his dissertation on the topic of the general theory of relativity, for which he receives his doctorate in Krakow in 1921.

Initially he works as a teacher and, starting in 1929 is an assistant at Lemberg University. From 1933 to 1935 he is a Rockefeller fellow in Cambridge, England. He works at Princeton together with Einstein from 1936 to 1938. In 1939 he is appointed professor at the University of Toronto, where he remains until 1950. In that year he becomes full professor for theoretical physics at the University of Warsaw and later on institute director.

Infeld is concerned with the equations of motion in the general theory of relativity. Together with Einstein he writes a popular scientific book in 1937, The Evolution of Physics. In 1969 his memoir Sketches from the Past is published, in which he also recounts his collaboration with Einstein.