Petition for Aid to the Violinist Boris Schwarz 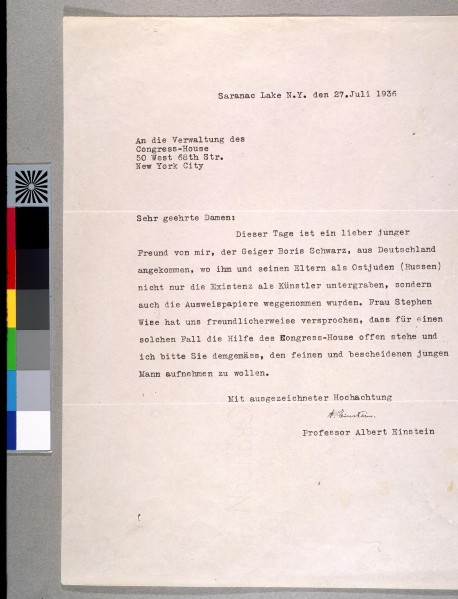 Letter to the administration of Congress House, New York, 27 July 1936
Einstein writes to the American Jewish Congress, referring to a promise made by the wife of Stephen Wise (1874–1949). A rabbi, Zionist and prominent speaker of the American Jews, Wise actively supports the persecuted and is both early and insistent in warning the political leadership in Washington about the National Socialists.
[ Sitemap ] [ info ] This website was created with Virtual Spaces.