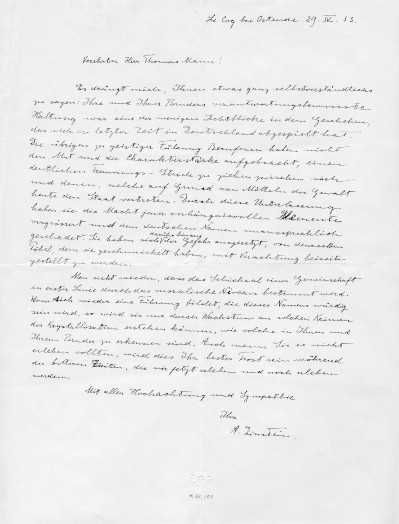 In spring 1933, Einstein spends time in Belgium after returning to the United States.

Three weeks before composing this letter, scientists are ousted from their positions for being Jewish and/or politically undesirable.

Thomas Mann turns his back on Germany and goes into exile in France. Later, as a guest professor at Princeton University (until 1940) he lives in Einstein’s immediate vicinity

.
[ Sitemap ] [ info ] This website was created with Virtual Spaces.