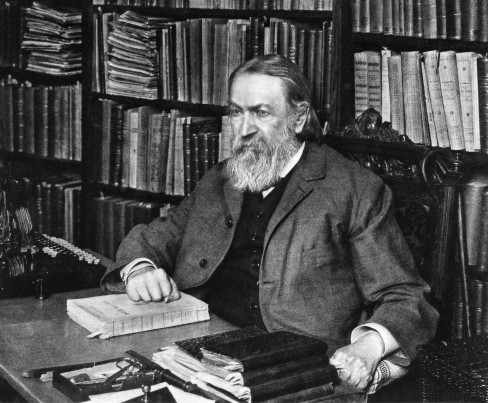 In addition to a large number of important contributions to physics, of which his ground-breaking explorations on the velocity of projectiles that move faster than sound is the most famous, the work of the Austrian phycisist Ernst Mach (1838-1916) also includes a series of studies on the physiology and psychology of perception. Above all, his work stands out because of his unusual and rigorous critique of the historical and epistemological foundations of physics.

In his book The Science of Mechanics: A Critical and Historical Account of Its Development, Mach presents an astute and unbiased analysis of the basis of mechanics. He interrogates the basic concepts of Newtonian mechanics, such as absolute space, which are generally believed to be irrefutable at this time. Mach‘s critique has a profound effect and for Einstein it represents an important starting point in the development of his General Theory of Relativity.