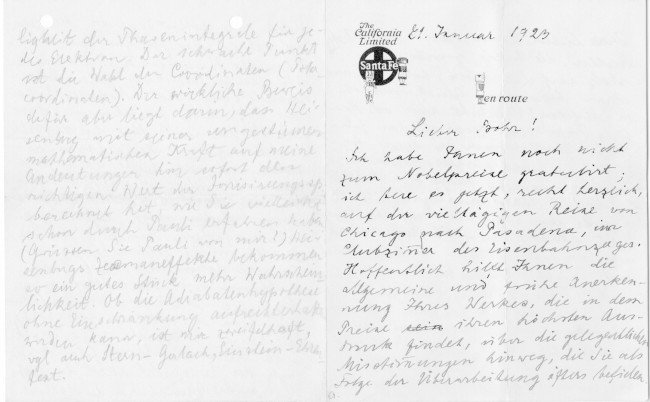 In the early 1920s, Arthur H. Compton investigates the spectrum of X-ray light scattered by graphite. In 1922 he finds a plausible explanation for the relationship between the angle of scatter and the wavelength of X-ray radiation: The incident X-ray light quanta collide with electrons elastically, thereby giving off part of their energy. This is the first direct proof for the light-quantum hypothesis. Sommerfeld learns of this during a trip to the U.S. and informs Bohr by letter.