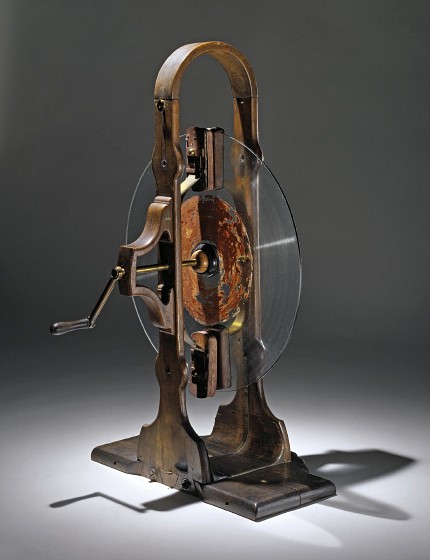 The effect that certain substances become electrically charged if rubbed against each other, is known from ancient times and is used for generating electricity with electrical machines.

The English version of the plate electrical machine generates electrical charges on the surface of a rotating disc of glass by the friction of leather pads. Up until the first half of the 19th century, it is the most important instrument for generating electricity.