Fission of the Uranium Nucleus 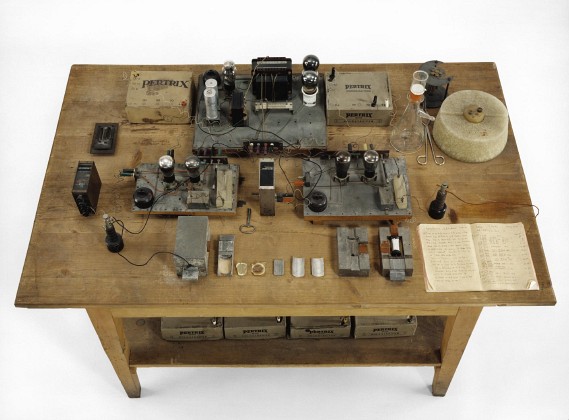 Table with experiment set-up of the discovery of nuclear fission, Berlin, 1938, reproduction

Otto Hahn and Fritz Straßmann irradiate uranium with slow neutrons and observe, instead of the expected radium, the emergence of an element which chemically behaves like barium. They communicate their unexpected discovery to Lise Meitner who fled from Nazism to Sweden. She found a conclusive explanation: Releasing energy, the nucleus of uranium has been split into a nucleus of barium and a nucleus of krypton.