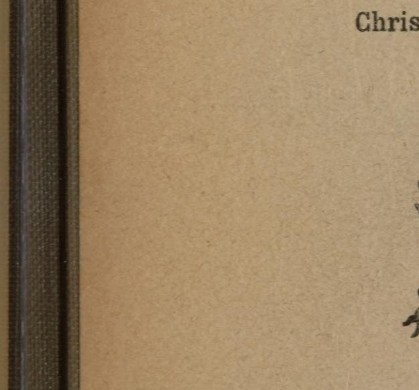 Christiaan Huygens (1629–1695) is convinced that light does not propagate instantaneously but with finite velocity. In fact, while Huygens is still pursuing his studies on the nature of light, the speed of light is actually measured for the first time. As Huygens rules out that bodies are able to travel at such high velocity, he rejects a corpuscular model of light as postulated by Gassendi and Newton. Instead, for his explanation of light Huygens takes up Descartes’ ideas, where space is completely filled with an ether that is composed of the smallest particles. These particles pass on impulses from a light source in a straight direction like a rigid stick and in this way transport light without delay from source to destination. To avoid assuming that the speed of light is infinite, Huygens replaces Descartes’ rigid particles with elastic ones, thus postulating an ether in which light pulses propagate as wave fronts. Huygens formulates a principle according to which each point on these wave fronts can be considered the starting point of a new, secondary wave. These secondary waves add up to a new wave front. With the aid of this principle, Huygens succeeds in deducing the laws of reflection and refraction, that is, the deflection of light upon entering a medium. When Huygens finally finds an explanation for the unusual phenomenon of birefringence, he is ultemately persuaded that his wave theory of light is correct.
[ Sitemap ] [ info ] This website was created with Virtual Spaces.