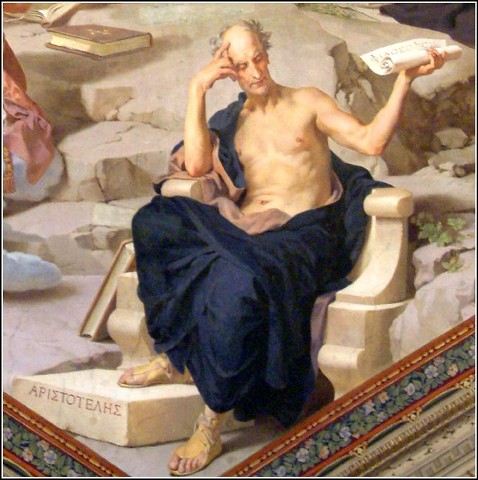 In Aristotle (384–322 B.C.) we encounter one of the most influential philosophers of ancient times. Continuing the work of his teacher Plato, Aristotle seeks to synthesize all knowledge of his era. He is reported to have written around 150 treatises, of which only thirty survive. These texts cover an enormous range of knowledge, and also treat themes of contemporary science, psychology, ethics, politics, and rhetoric.

In his work entitled Physics, Aristotle engages primarily with the processes, changes, and motions of the material world that surrounds us and, in doing so, introduces fundamental terms and ideas that shape scientific thought up to the beginning of the early modern era. With regard to spatial motion, Aristotle distinguishes between natural and violent motion and, in contrast to the modern view, assumes that all motion presupposes a cause of motion, a mover.