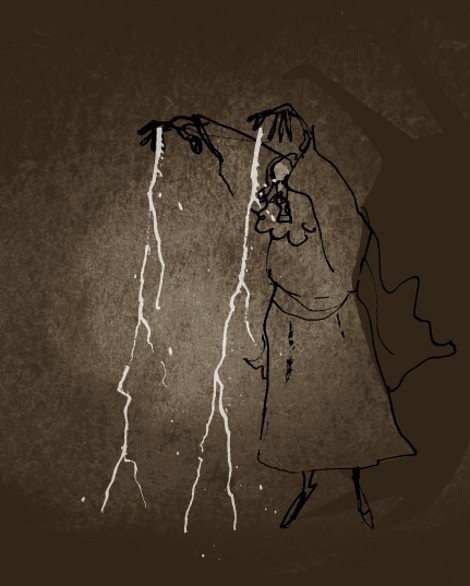 In the beginning of the 20th century, the numerous discoveries of novel phenomena and mysterious rays tempt belief in ghosts and the occult. The borders between science and superstition become blurred.

Max Planck in a radio conversation in 1932: You know that certain questions such as earth rays and the divining rod thrill the mind [...]. One should found a research institute for it in the Kaiser Wilhelm Society [...]. Of course, there are also some doubts about dealing with such questions in scientific circles [...]. I think differently and would also like to support research in a more universal way.