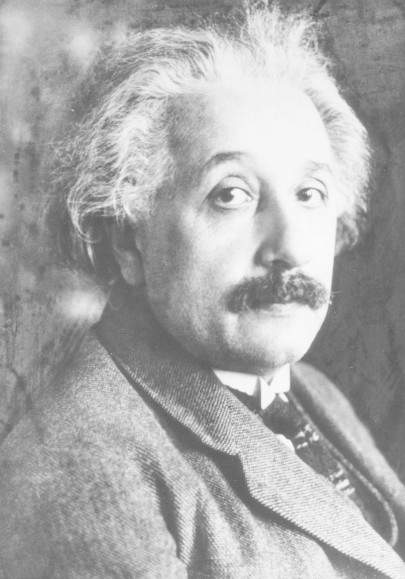 In 1905, Einstein (1879–1955) publishes four articles in quick succession, which change physics. In particular his paper On the Electrodynamics of Moving Bodies ushers in a far-reaching change in the categories that physics and also our everyday thinking uses in trying to understand the world.

In this paper Einstein develops his Special Theory of Relativity from the premise that the physical laws in all systems, which move uniformly relative to each other, should be the same. In this way, Einstein can offer solutions to questions that have arisen in border areas of various branches of physics.

In 1915, his attempt to extend the theory of relativity to the problem of gravity leads him to formulate the General Theory of Relativity. In this theory, space and time fuse to form a unified, four-dimensional construct called space-time, which is structured by the distribution of matter. Space-time, in turn, defines the motion of matter on the basis of its structure.